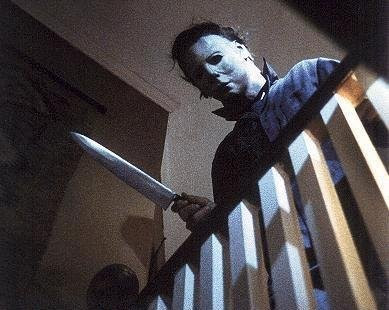 Fifteen years after slaying his sister, Michael Myers escapes from a psychiatric institution and returns to his childhood home, where he stalks a local teenager and is being hunter by his psychiatrist who knows the true nature of his inner malice. John Carpenter's "Halloween" is a landmark in the slasher genre, an accolade that may be dubious considering the dreck that has followed which has included sequels, remakes, knockoffs, and even the "stalwart" entries including "Friday the 13th" and "A Nightmare on Elm Street". Regardless, Carpenter displays a full mastery of the genre, using music, camerawork, and earned thrills to craft an eerie, terrifying thriller. Jamie Lee Curtis, in her first role, is extremely effective as Myers' target and it is refreshing to see an intelligent character in a film of this nature, which also extends to Donald Pleasence's Dr. Loomis's whose explanatory scenes I find to be the best in the picture. "Halloween" is a grand exercise in terror, but also somewhat of a nostalgic one when we reflect on what so many of the lazy, subsequent slasher films could have been.
note: I thought it was neat how Curtis' charges watch "The Thing from Another World" before the attacks, a film Carpenter would remake a few years later.