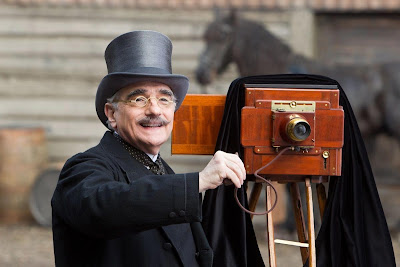 There has been an unfounded claim circling about for awhile now that goes something like "there's no good movies out there" or something to that effect. While there is certainly a large amount of rubbish being dumped in the theaters, it is these films that seem to find the biggest audiences, authenticating their validity and thus continuing the cycle while excellent films get overlooked. In the 2011 calender year I witnessed greatness not only in the low-budget indie films such as Submarine, Terri, Blue Valentine, Take Shelter, and Restless but even in big studio blockbusters, specifically Rise of the Planet of the Apes, X-Men: First Class, and Mission: Impossible - Ghost Protocol. In other genres, excellency could be found in animation (Rango, My Dog Tulip), documentary (Tabloid, Catching Hell, Pearl Jam Twenty, Bill Cunningham New York), and foreign film (Incendies, Of Gods and Men, 13 Assassins). With sky high ticket and concession prices, along with studio publicity of big budget shlock, it can become easy to write off the movies. But for those who seek valuable entertainment, there is still much to admire at the cinema. Here are the best films of the year: 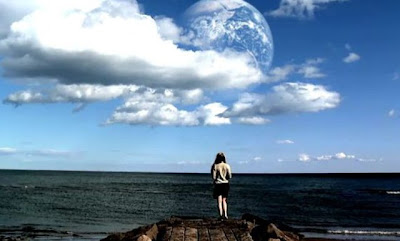 18. Another Earth
Mike Cahill's excellent film about regret and redemption focusing on a young woman entering the lives of a man whose family's lives she took in a car crash, coinciding with a discovery of a new nearby alternate planet. 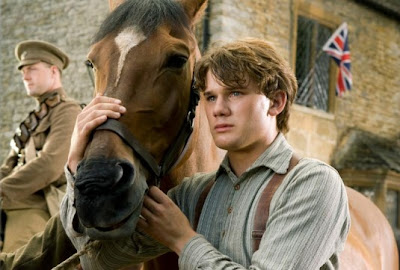 17. War Horse/The Adventures of Tintin
There are two Steven Spielberg movies being released this holiday season, both visual wonders, and both reveling in old-fashioned movie making. "War Horse" tells the story of a boy, his horse, and their disparate journeys during WWI and "Tintin" tells of a boy, his dog, and their shared adventure unraveling a high seas mystery. 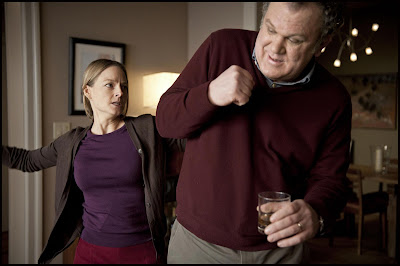 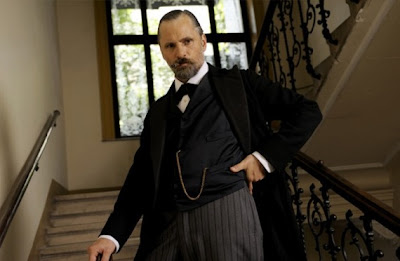 15. A Dangerous Method
David Cronenberg's film of the early days of psychoanalysis is a sumptuous picture and a wonderful showcase for stars Michael Fassbender, Keira Knightley, Viggo Mortensen, and Vincent Cassel. 14. Moneyball
Bennett Miller's film of the Oakland A's run with a no-budget team is a baseball fan's dream, an immersion into stats and the backrooms of the unevenly distributed sport. Brad Pitt hits just the right notes as GM Billy Beane and Jonah Hill has a nice dramatic turn as his assistant. 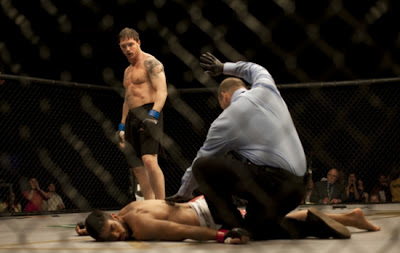 13. Warrior
Another sports flick, this one not finding an audience although I found it to be considerably rousing and a superior fighting film to last year's hit "The Fighter". Rising star Tom Hardy is fiercely compelling as is Joel Edgerton, and Nick Nolte delivers an Oscar winning turn as the two's alcoholic father. 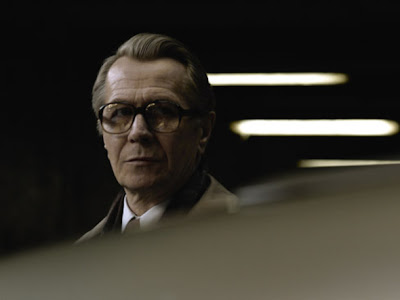 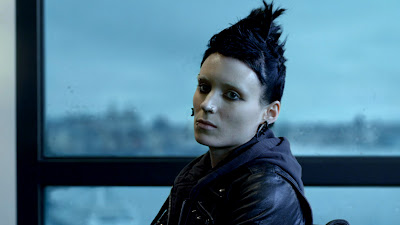 11. The Girl with the Dragon Tattoo
David Fincher puts low anticipations to bed and quite possibly exceeds the original with another technically masterful rendering from an exciting screenplay and featuring a compelling lead performance form Rooney Mara 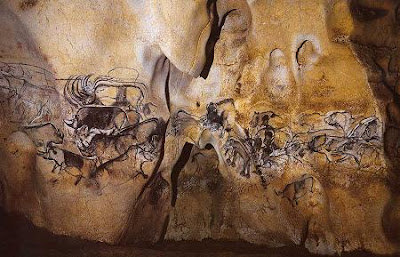 10. Into the Abyss/Cave of Forgotten Dreams
The great Werner Herzog released not one but two exceptional documentaries this year, both of which couldn't be further apart in topic, but are both treated with the same philosophical and thoughtful approach. "ITA" tells the sorrowful, regrettable story of two men, one on death row, for the commission of a senseless crime. "COFD" depicts the oldest caves in world found in Southern France. Both docs. go places you would never expect, told in ways that only Herzog could tell. 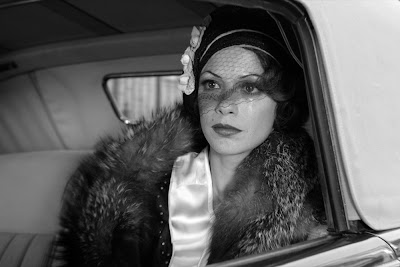 9. The Artist
Michel Hazanavicius' black and white silent gem is a stunning and minutely detailed recreation of a film from that era and features delightful performances from Jean Dujardin and Berenice Bejo. 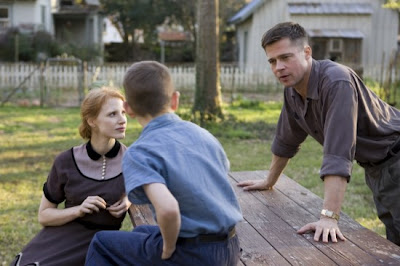 8. The Tree of Life
No filmmaker paints on a more beautiful canvas than Terrence Malick, and with his latest offering he may have outdone himself both on look and ambition. Juxtaposing the early stages of the world with the story of a family in 1950s West Texas, Malick has created an elegiac film that is likely to cause feelings of nostalgia, or wonder for anyone paying attention. Brad Pitt is remarkable as is Hunter McCracken who plays his son. 7. Barney's Version
This was one of the biggest surprises of the year, a film I almost neglected to watch, but signed on due to the presence of Paul Giamatti. This is a warm-hearted story of the meanest son-of-a-bitch who ever lived, north of the border at least. In a film spanning several decades, Giamatti wonderfully and quite humorously inhabits his character and Rosamund Pike is delightful as his long suffering ex-wife. 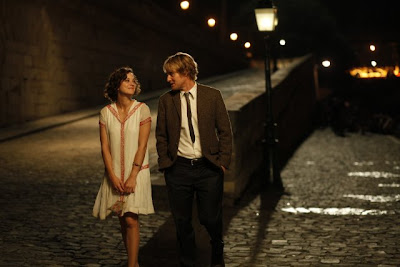 6. Midnight in
This was a delight for several reasons, maybe the most satisfying being that Woody Allen finally got the (modern) audience he deserved. The film is no less of an amazement, as Allen takes us on a whimsical romp through The City of Lights of the 1920s. 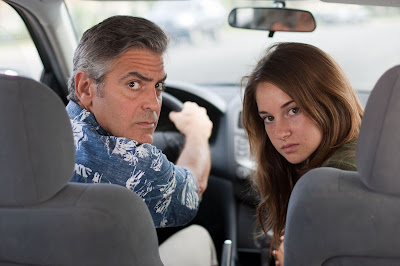 5. The Descendants
George Clooney is the most reliable actor in Hollywood and Alexander Payne may hold that accolade for American auteurs. Here Payne creates another human portrait and Clooney, along with great support from the young Shailene Woodley, carry this film to touching and unexpected places. 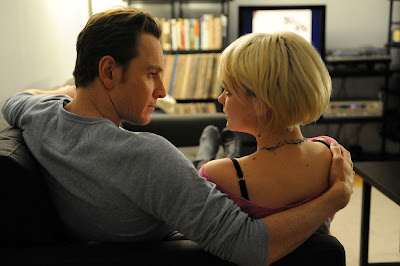 4. Shame
Steve McQueen's film about a sex addict's life being disrupted by a visit from his sister is a brave and brutal examination which features searing performances from Michael Fassbender and Carey Mulligan. 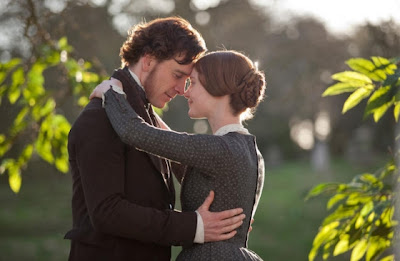 3. Jane Eyre
I caught this early in the year, and its one that's stuck with me throughout. Cary Fukunaga, following up his likewise beautiful and haunting "Sin Nombre", creates a wonderment of a film from Charlotte Bronte's novel. Against an indelibly captured gloomy British countryside, Mia Wasikowska and Michael Fassbender give passionate and affecting performances. 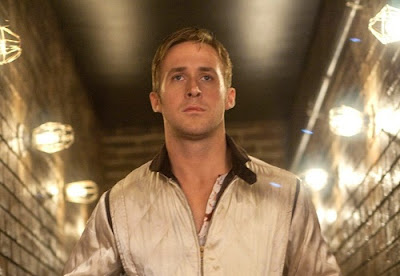 2. Drive
Drawing from innumerable action thriller, Nicolas Winding Refn has created "Drive", one of the most grabbing films that I can remember. Ryan Gosling is compelling as an existential stuntman/wheelman echoing Alain Delon in "Le Samourai" and Clint's The Man with No Name, and Albert Brooks has a phenomenal turn as a ruthless business investor. 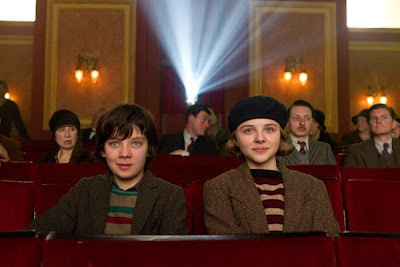 1. Hugo
Martin Scorsese's film is at once an ode to the early days of movie making and an exercise in movie making at its finest. Employing the finest use of 3D to date, Scorsese takes us on a journey with unexpected delights around every corner. Asa Butterfield and Chloe Grace Morentz are ideal as the young stars, Ben Kingsley is wonderful in support, and Sacha Baron Cohen provides humorous comic relief. "Hugo" is a testament both to Scorsese's directorial prowess and the power and wonder of the movies.

note: There's still many well-received films on the horizon for this calender award year which won't reach the area before January.