Gathering for shelter at a desolate city entrance, two witnesses to a vicious rape/murder recount the court testimony of the atrocious affair from the viewpoint of the perpetrator (Toshiro Mifune), his surviving victim (Machiko Kyo), her slaughtered samurai husband (Masayuki Mori) as told through a seer, and the sole witness (Takashi Shimura) to view the actual crime. By breaking free, not only from traditional cinematic narrative forms and perspective, but also in how movies could actually be filmed, through Rashomon Akira Kurosawa would forever change the way in which movies would be made. Working from two short stories from Ryunosuke Akutagawa, using stark settings and featuring unforgettable performances from Mifune and Shimura, perhaps the film's greatest achievement is the way it imbues humanity into a lurid story.
**** out of ****

Captain Kirk (William Shatner) and Dr. Spock (Leonard Nimoy) return to their posts on the Starship Enterprise when a formidable and mysterious alien life force wreaks havoc on a neighboring planet. Star Trek: The Motion Picture, the long gestating adaptation of the popular Gene Rodenberry series, is a somnolent, murky affair that loses a lot of the campy fun and appeal of the original, and features a welcomed but tired, aged cast.
** out of ****

A sleek and arrogant big city attorney (Robert Downey Jr.) returns to his hometown to defend his estranged, alcoholic father (Robert Duvall), a respected local judge and community lion, when he is accused of vehicular homicide. The Judge is trite, well worn fare boasting pathetic dialogue along with lazy plotting, and culminating in a laughably schmaltzy wrap-up. RDJ delivers yet another one of his tired stock performances and Duvall, though garnering critical accolades for his part, is way over the top and hard to accept at face value.
** out of ****

The story of Whitey Bulger (Johnny Depp), a relatively unknown South Boston crime lord and sociopath who built his bloody legacy not with the help of his State Senator kin (Benedict Cumberbatch) but through an unholy alliance with childhood friend and ascending FBI agent John Connolly (Joel Edgerton). From the unthinkable, cold-blooded crime story that served as partial inspiration for The Departed, Black Mass is really just another tiresome attempt to remake Goodfellas (and the third or so that Depp himself has been involved with), here with Irish tough guys being portrayed (poorly) by Brits, Aussies, and other Hollywood  flakes. Edgerton's performance is given to mugging and frankly is embarrassing (which sadly has become standard with him), Cumberbatch brings nothing to the table, struggling with his accent and seeming an unlikely casting choice, and Depp does his best screen gnawing Nicholson impression while combing his hair back, adopting steely blue eyes, and wearing far-fetched Nosferatu makeup. Further, Scott Cooper has yet to establish himself as a competent director (Crazy Heart, Out of the Furnace) and really seems out of his element here with a poorly written screenplay and an irritating camera addressing narrative approach as told in flashback by Bulger's cohorts during interrogation. The film is saved from becoming a total wash by talented actors inhabiting very minor roles, namely Kevin Bacon, Peter Sarsgaard, Adam Scott, Corey Stoll, and Julianne Nicholson.
* 1/2 out of ****

Email ThisBlogThis!Share to TwitterShare to FacebookShare to Pinterest
Labels: * 1/2, 2015 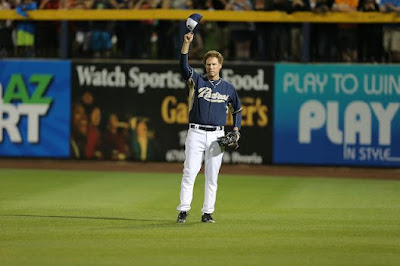 Raising funds for a USC classmate's cancer charity and inspired by Bert Campaneris, a popular young Oakland A who became the first MLB player to play all nine positions as part of another publicity stunt in 1965, Will Ferrell travels the Cactus League circuit playing 10 different positions (DH included) for 10 different teams in the course of one day. Ferrell Takes the Field is presented as a mockumentary with Ferrell playing his usual incensed, deadpan character to amusing effect.
*** out of ****

Email ThisBlogThis!Share to TwitterShare to FacebookShare to Pinterest
Labels: ***, 2015, TV 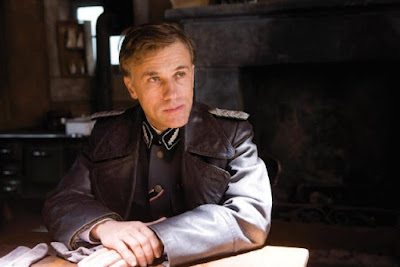 A Jewish woman (Melanie Laurent) escapes slaughter at the hands of a ruthless SS colonel (Christoph Waltz) and both of their fates will intertwine with that of the Basterds, a ruthless band of Jewish American brothers led by a bloodthirsty lieutenant (Brad Pitt) who specializes in taking Nazi scalps. Inglourious Basterds is inspired, intelligent, intense, entertaining, and sometimes off-putting and self-indulgent revisionist World War II fare from Quentin Tarantino, with an over-the-top ending that thwarts at least some of the great work that preceded it. Waltz steals the show in his brilliant, multilingual star making performance, Pitt is entirely effective in an amusing comic turn, and Laurent is quite good in a challenging role.
*** 1/2 out of ****

Email ThisBlogThis!Share to TwitterShare to FacebookShare to Pinterest
Labels: *** 1/2, 2009, Tarantino

When the New Wave landed on shores of France and rocked world cinema, Eric Rohmer quietly but intently observed the work of his contemporaries from the Cahiers du Cinema offices where he worked as an editor. There he plotted a series of ostensibly related films, all dealing with a middle class protagonist's responding to a temptress, which were filmed over the period of a decade, and were grouped together as the Six Moral Tales. 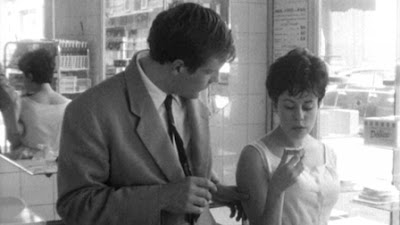 The Bakery Girl of Monceau (1963) is a short two reeler, simple, offbeat, talky, icy, and beautifully shot, effectively setting the tone for the entire series. Featuring future directors Barbet Schroeder in the lead and Bernard Taverneier as narrator, it tells the story of a young attorney who makes increasingly frequent visits to a neighborhood confectionery to encounter the title clerk.
*** 1/2 out of **** 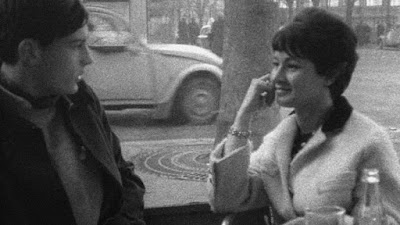 Suzanne's Career (1963) followed, and is an intelligent and incredibly prescient, here detailing a woman coming in between the friendship of two friends, one a skirt chaser the other a bashful introvert.
*** 1/2 out of **** 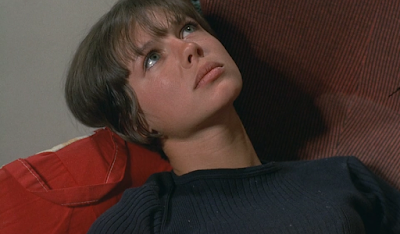 La Collectionneuse (1967) was the first feature film realeased in the series but was actually intended as the fourth tale, bumped up on the shooting schedule when Rohmer failed to achieve weather effects and postponed My Night with Maud. It tells an idyllically set and beautifully shot story of cruel intellectualism about two friends vacationing on the Riveria who find their vacation impeded by a promiscuous guest.
*** 1/2 out of **** 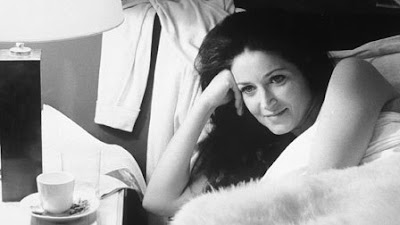 My Night with Maud (1969) may be the best known of the lot and is my candidate for the finest realization in an unrivaled program. An uptight intellectual bumps into an old friend around the holidays, is invited for dinner to a recently divorced knock-out's chateu, where the two wind up alone, discussing love and philosophy before getting down to business. Perceptive, crisply filmed, and wonderfully acted
*** 1/2 out of **** 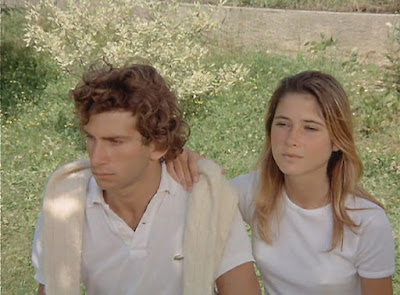 Claire's Knee (1970) involves a diplomat on vacation and awaiting marriage who, while visiting with an ex-lover, becomes obsessed with the idea of caressing his landlady's stepdaughter's knee.
This fifth entry is somewhat creepy, but again retains the film values of its predecessors and remains very watchable
*** 1/2 out **** 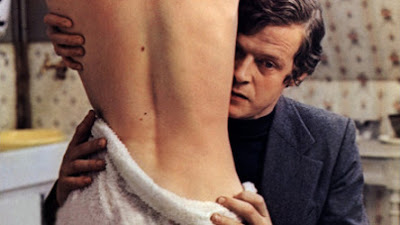 Chloe in the Afternoon (1972) concluded the series and, true to form, is involving, low key, and dialogue heavy. Its plot revolves around a happily married Parisian lawyer who hopelessly pursues a bohemian seductress.
*** 1/2 out of ****