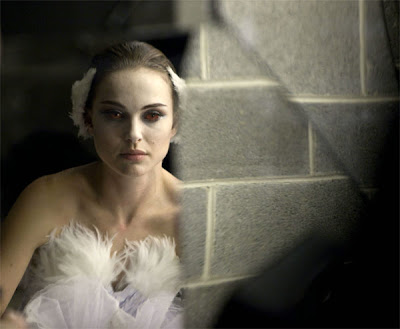 As a wrestler in high school, I never understood the mentality of the athletes who would wrestle in the 103 lb. weight class: starving themselves to maintain weight while going through a grueling practice. They must have done it for the roar of the crowd or the thrill of victory (though I'm still not sure it was worth the sacrifice). Black Swan is a film about a ballerina that understands this mentality and captures ballet brutally on the screen. It focuses on a dancer named Nina (Natalie Portman) gearing up for the lead in Swan Lake. As she morphs into the part of the role for which she is not fully qualified, the lines between fantasy and reality begin to blur as she faces a rivalry from a newly arrived dancer (Mila Kunis) and pressure from her instructor (Vincent Cassel). Black Swan is another hit from dark director Darren Aronofsky, and understands that dark side of sports that so many competitors are drawn to.

Man on the Moon 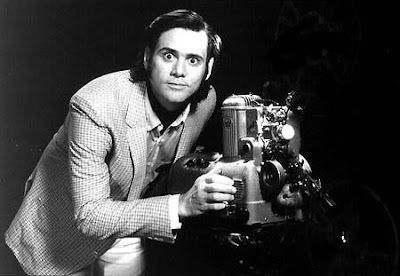 Milos Forman is considered the director of misfits, having directed films about such misunderstood souls such as One Flew Over the Cuckoo's Nest, Amadeus, and The People vs. Larry Flynt. With Man on the Moon he may have directed his greatest misfit to date, with his portrait of the interminable and ingenious Andy Kaufman, with Jim Carrey towering at the center. The film does not seem to be a standard issued biopic but one that Kaufman himself may have approved. We follow his adult career from Saturday Night Live to Taxi to Pro Wrestling and later into his battle with cancer. All the while we find ourselves either laughing or scratching our head at his antics.

Email ThisBlogThis!Share to TwitterShare to FacebookShare to Pinterest
Labels: *** 1/2, 1999 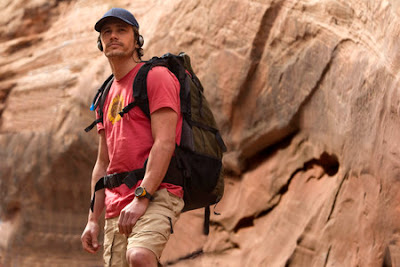 January 2011 Review 127 Hours tells the true to life tale of Aron Ralston’s horrific 2003 mountain climbing excursion in Robber’s Roost, Utah. Without telling a soul, Ralston grabs a few supplies and heads out on his trek. The opening of the film is mostly silent, as we see Aron navigate the dangerous terrain of the desert. Soon, fate takes its part and a small avalanche ensues, releasing a boulder that lands on Aron’s right arm, hopelessly trapping him at the base of a canyon. It is from this position that most of the film is seen.

127 Hours, base on a book by Ralston called Between a Rock and a Hard Place, must have seemed liked a tough sell to the studios due to the limited spacing of the narrative. However, it is a success due to the screenwriting, directing, and acting, all involved firing on all cylinders to deliver a successful film. James Franco shows his range as Ralston while delivering his comic sensibilities as well. He generates feelings in us for a character that could have been made out to be selfish or unlikable. The performance is on an Academy Award level.
The screenwriters, realizing how limited they are, do an interesting thing by visualizing Ralston’s thoughts, fears, fantasies, etc. while he is trapped. This helps increase audience sympathy and further bring us into his plight. Other techniques are used as well that help broaden the film and make its limited range negligible.
Danny Boyle (Slumdog Millionaire, Trainspotting) seems like the natural choice to direct Aron’s story (he also co-wrote). After a career dabbling in fantasy, action, survival, and horror, his resume corresponds to the material. What we get (along with some agonizingly intense moments) is a well made actioneer where the protagonist is immobilized for most of the film and where most of the action takes place in our minds.

Original Review Danny Boyle seems to be the natural choice to direct Aron Ralston's story, after dabbling in fantasy, survival, and horror tales, and Ralston's story containing all of those elements. 127 Hours begins with Ralston (played with believability by James Franco) fool-heartedly preparing for a weekend canyoning excursion. While out he does some biking, meets some girls, then becomes stuck more or less between a rock and a hard place-the title of Ralson's book (a boulder traps his hand and he becomes unable to extract it). Much of the film will take place from this point on, and it is here where Boyle's talents come into play (Franco's are not wasted either) making the film exciting and even brutally intense at moments. The outcome of this story is known by many who follow news events, but the way audience members were shrieking and cringing during a key sequence is a testament to the fillmmaker's abilities.