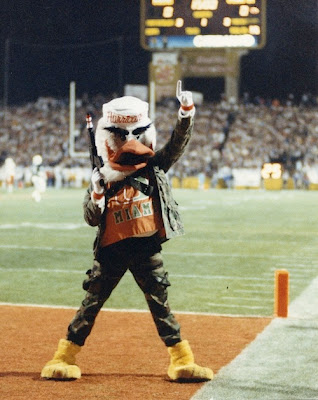 Billy Corben's documentary The U tells the story of The University of Miami in the 1980s as they rise from a footbal joke to a national powerhouse. Miami was a struggling football team in the early 1980s until the new coach decided to recruit from the ghetto, at the same when their was a racial upheaval and race riots in Miami. Soon the team will be transformed into a national contender and will help unite a divided city. Although they went on to win four national champions during the time, it was often overshadowed by the bad behavior of its players. Though this is interesting to a point, it is only going so far and there is no reason this documentary needs to be two hours long.
**1/2

The Kids Are All Right 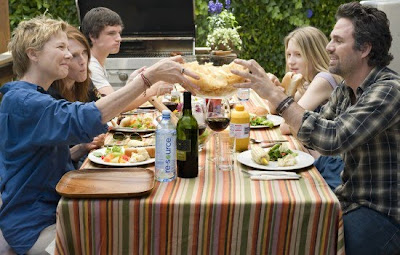 Now, following Winter's Bone comes another slice of American life that couldn't be any different, yet captures fully realized and sympathetic characters.  It tells the story of a married lesbian couple with two children from a sperm donor. The children decide to contact him and his male presence throws them for a loop, especially the mothers, one who may be jealous and finds his presence disrupting their family unit while the other begins to feel attracted to him (the phrase "but the parents aren't" could be added to the title). What we are left with is an honest and (mostly) fair film filled with comedy, sadness, and even great filmmaking (a moment of realization is handled as nicely as I've seen). Everyone in the film shines. The kids are wonderfully cast (which is a rarity) and look for nominations for Mark Ruffalo (the donor), Annette Bening (the domineering mother), and Julianne Moore (the more feminine mother). I had qualms with the resolution but still found this to be a wonderful film.
***1/2

Email ThisBlogThis!Share to TwitterShare to FacebookShare to Pinterest
Labels: *** 1/2, 2010 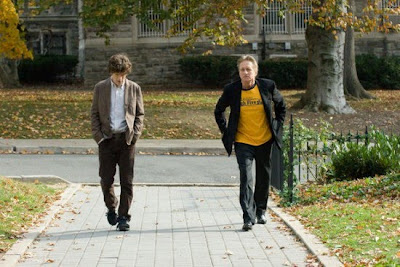 Star vehicles can result in a wreck if not all of the parts are in place. Solitary Man is a vehicle for Michael Douglas, and though he is fine in the lead with some fine actors around him, it does not contain a script to keep it on track. It is about a snakey yet likable luxury car dealer who finds out there is an irregularity with his heart, and decides to live life even moreso on his own terms. Along the way, he begins to lose everything that is important to him. This is not a movie where the lead character realizes the error of his ways and changes his life, which is probably a good thing, but the movie doesn't really have a point, at least that I could derive from it. Also the script is pretty awful as well. Again, Douglas is solid as usual, as he can make even the weakest lines sound interesting. Still its not enough to sustain this uninteresting film.
**

Email ThisBlogThis!Share to TwitterShare to FacebookShare to Pinterest
Labels: **, 2010