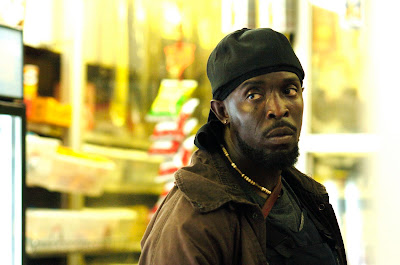 After a year of pursuing the Stanfield crew to no avail, the Major Crimes unit is severely limited as the Mayor focuses his funding on education. A frustrated McNulty decides to take matters into his own hands, and soon the Baltimore Sun is involved on a citywide manhunt to track down a vicious serial killer of homeless men. The fifth season of "The Wire" is an exemplary and fitting swan song to one of the finest series in television history. Instead of taking us to the places we've grown accustomed to American entertainments to take us, creator David Simon leads us down a mostly dark, and disturbing path that always follows a logical thread. Among the standouts in this final season are Dominic West, Clarke Peters, Wendell Pierce, Michael Kenneth Williams, and newcomers Clark Johnson and Thomas McCarthy who play a Sun editor, and his unscrupulous reporter, respectively. Season 5 is an incredible and realistically sad sendoff to one of the finest series to ever be conceived.
**** 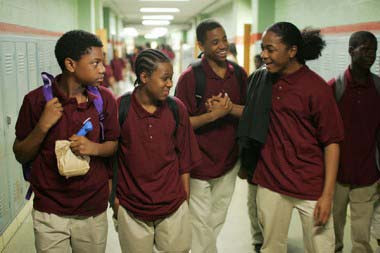 After the fall of Stringer Bell and the Barksdale and the regulation of the Major Crimes Unit, the ruthless Marlo Stanfield crew has taken hold of the Baltimore drug scene and found an inventive way for disappearing bodies. Meanwhile an unlikely councilman makes a serious go at the mayoral seat, while four young street kids go their divergent paths. Season 4 of "The Wire" is a heartrending gut shot and further evidence of excellence in television programming. All characters new and old and drawn so sharply and so credibly that we are drawn into their lives and celebrate their minor victories but mostly share their pain and losses. I particularly liked the work of the four young actors who played the street kids, all of whom contribute wonderfully in a way seldom seen by young performers. Among the other standouts include Wendell Pierce, Michael Kenneth Williams, and Robert Wisdom. Woven into another complex and engrossing web by creator David Simon and staff, season four continues to etch "The Wire's" name in television's wall of greatness.
**** 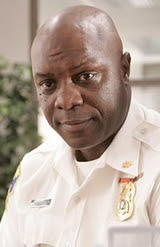 After wrapping up the detail focusing on the stevedores, the unit is back on the streets investigating street level drug dealers in West Baltimore, while Detective McNulty still has the larger target of Stringer Bell in his sights. In other storylines, an old friend of Avon who has just been released may no longer have the stomach for the streets and seeks other avenues of success, a commander about to retire employs a radical maneuver to lower numbers in his district, and an ambitious white councilman begins to make a run for mayor, using some of these events as a springboard. After a second season that slightly sagged, "The Wire" is back in full swing doing what they do best. Dominic West, John Doman, Idris Elba, Wendell Pierce (who has a wonderful turn),  Michael Kenneth Williams, and the rest of the returning cast are all great including some newcomers, especially Robert Wisdom as the renegade commander and Chad Coleman as the parolee whose storyline is both touching and surprising. Show creator David Simon and his staff continue to wow me with their complex, realistic characters and storylines.
****
Season 2 (2003) 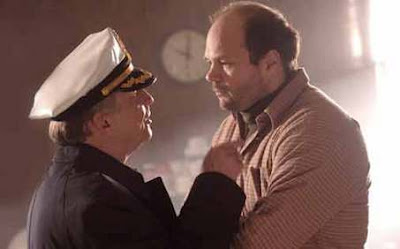 After the unspectacular results from the Barksdale case, a new detail is formed when stevedore union head Frank Sobotka takes the last spot on the church wall for a stain glass window that Sgt. Valchek wanted for his own donation. In order to settle the score, Valchek sets up a unit to go after Sobotka, and the old crew from the Barksdale case is rounded up again. Soon the case is blown open and includes drugs, international smuggling, and the murder of 14 eastern European women being brought over for prostitution. The second season of "The Wire" is a continuation of excellence with is engaging, intense, and demanding style. Shifting from street crime to the docks, this season has a different feel and it becomes clear that each season will focus on a different aspect of Baltimore crime. This dynamic created David Simon is an extraordinary and should make for a distinguishable feeling for each season. I did though find this season to be slightly less compelling and the casting of bad actors to play key roles as dock workers hurts as well. While I love the addition of Amy Ryan to the cast, I was disappointed by Dominic West's reduced role. Still, "The Wire" is one of television's most excellent programs and one of the few where I can actually feel my brain working when I'm watching it.
*** 1/2
Season 1 (2002) 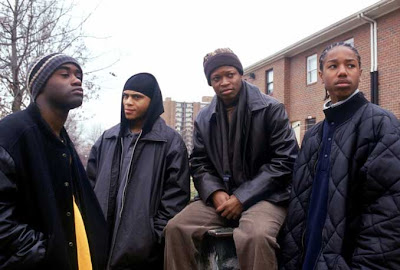 A drug dealer beats a murder rap and the detective on the case visits his judge friend to complain and drops the name of a local kingpin the dealer is related to. Soon the judge is in the ear of the police deputy and a small detail is made for the sole purposes of appeasing the judge. A ragtag team is assembled and thanks to determination a case begins to build against the local Baltimore drug scene, which has implications that run up the ladder and repercussions for the entire department. David Simon's "The Wire" is an intricate and intelligent series that offers a realistic portrayal of cops and criminals. With sharp writing and nonstop pacing it is a series that helped set the bar for quality in television programming. The work of the large cast is phenomenal all around but to single out my favorites: Dominic West in a brilliant and intense portrayal of the lead detective on the case. Idris Elba as the business savvy right hand to the kingpin. Lance Reddick as the police lieutenant who finds red tape in his way at every turn. Clark Peters as a veteran detective who finds a new beginning in the case. Sonja Sohn as a dedicated narcotics officer. Michael Kenneth Williams as a scarfaced streetwise stickup boy. Where most shows are content to be mindless entertainment, The Wire is a demanding, probably the most demanding I've seen, show that challenges and stimulates the viewer for the entirety of its duration.
****