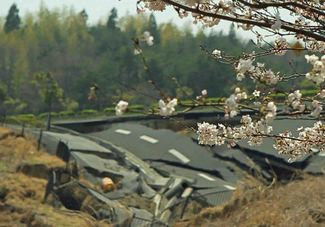 One of things I appreciate most each year about the Academy Awards are the Shorts Programs and the opportunity to see this seldom seen and very exciting medium. For the last several years, these nominated films have been made available to the general public and with the addition of the documentary category to my local area of Cleveland, we are now able to view all of the films up for an Oscar. This year I found the programming mostly excellent and an improvement over last year's lot, with the exception of the Animation program which again was disappointing. Except for the excellent "Wild Life" which I would have liked to have seen a full length treatment of, the shorts in this category represent style over substance containing fine animation but little in way of story. I thoroughly enjoyed the Live Action films with Terry George's "The Shore being a particular stand out and a perfect example of a short film. The Documentary category, with the exception of the earnest but scattershot "The Barber of Birmingham", offers a tremendous and harrowing selection with "Saving Face" and "The Tsunami and the Cherry Blossoms" offering moving tales of people recovering from different kinds of horror. I often complain about the unworthiness of many documentary films, and this year's shorts nominees demonstrate wonderful uses of the medium. Here are each of the nominated films by category followed by a brief synopsis and my trivial star rating:


LIVE ACTION
"Pentecost"
With the Archbishop making his first appearance to their small Irish village, a cleric gives the altar boys a pep talk as if readying them for the big soccer game.
** 1/2

"Raju"
A German couple adopts an Indian boy and immediately loses him in the slums from whence he came.
***

"The Shore"
A man returns to Ireland with his daughter after 30 odd years and reunites with his best mate and ex-flame, whom are both now married
*** 1/2

"Time Freak"
After not returning home for three days, a young man finds his roommate who has just invented a time travel device and become unhealthily obsessed by it.
*** 1/2

ANIMATED
note: the first five listed were nominated. The remaining four were "highly commended" and included to round out the program.

"Dimanche"
A young boy attends Sunday mass and visits his grandparents house, where he has a strange encounter with a grizzly bear and the nearby train tracks.
** 1/2

"Wild Life"
An Englishman takes up the frontier spirit, heads to Alberta in 1909, and finds himself unfit for the wilderness.
****

"The Fantastic Flying Books of Mr. Morris Lessmore"
An author is swept off his feel by a New Orleans' hurricane and engages in whimsical adventures with a legion of flying books.
**

"La Luna"
A young boy goes out to sea with his father and grandfather to learn the family business of "moon tending".
***

"Skylight"
In the style of 1950s educational film, a narrator mockingly informs us of the effects of global warming on wildlife.
** 1/2

"The Hybrid Union"
Several pieces of machinery join together to outrun an approaching ominous cloud.
* 1/2

"Nullarbor"
On the longest stretch of treeless desert in Australia, two men engage in a battle of wits over a cigarette.
** 1/2

"Amazonia"
After having trouble catching prey, a young frog teams up with an older, larger, and wiser one to learn the tricks of hunting.
** 1/2

DOCUMENTARY
"Incident in New Baghdad"
An ex-infantry man recounts the horrors of the most infamous incident of the second Iraq War when two journalists in addition to several civilians were killed by U.S. Apache helicopters.
***

"Saving Face"
Every year in Pakistan, hundreds of women are disfigured in acid attacks my men who often go unprosecuted. This film follows the efforts of several of these unfortunate victims to repair their lives and seek justice on their attackers.
*** 1/2

"The Tsunami and the Cherry Blossom"
Just a month after the worst Tsunami in Japan's history, the filmmaker visits a small town famous for their cherry blossom trees as the devastated community strives to heal.
*** 1/2

"God is the Bigger Elvis"
Dolores Hart, a Hollywood actress who starred opposite of Warren Beatty, Marlon Brando, and yes Elvis, found her calling in a cloistered Connecticut monastery where she remains to this day, contributing her good deeds.
****