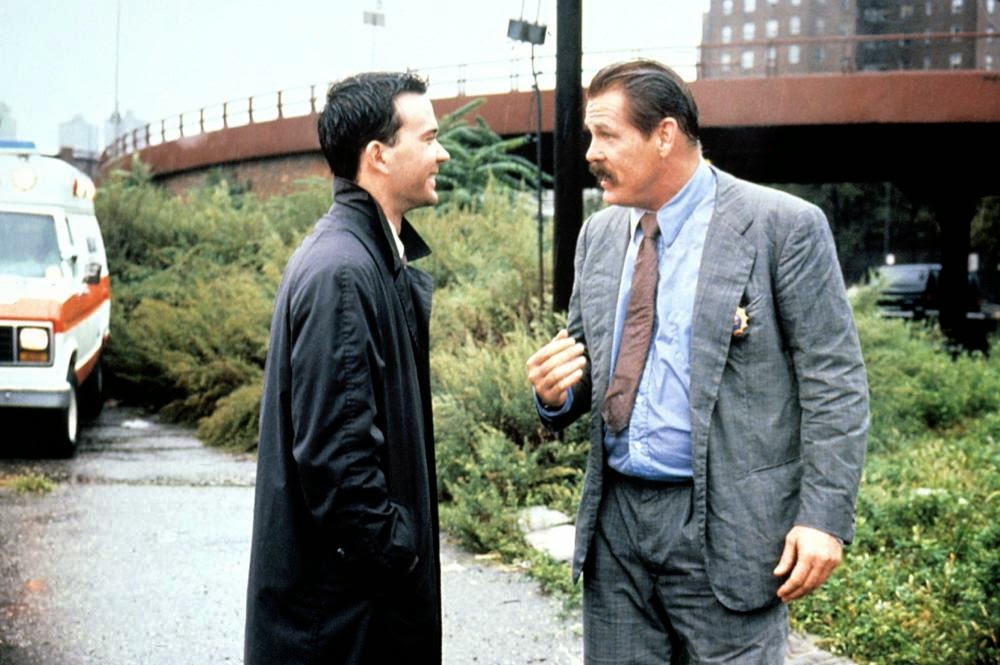 A revered, gruff, and brutal NYC detective (Nick Nolte) murders a drug dealer, without warning, outside a night club and plants a gun on the victim. A green assistant district attorney (Timothy Hutton) is summoned in the wee hours of the morning into the D.A.’s office and is given strict instructions to gloss over the inquiry and recommend no charges be filed. Unable to turn away from the detective’s glaring guilt, he conducts a thorough investigation putting himself in harm’s way, which is compacted even further when he learns his ex-girlfriend(Jenny Lumet) has become involved with the case’s chief witness (Armand Assante). Q & A is a harsh, gritty, and compromising effort from Sidney Lumet, once more tackling prejudice and New York City police corruption. The film works best when sticking to its main plotline and just gets bizarre when focusing on its side stories. Hutton is effective in an unremarkable role and Nolte is spellbinding as the boundless, ruthless heel.