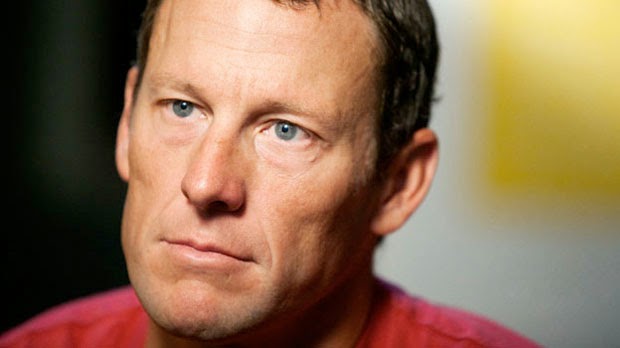 "You know it's interesting. Living a lie. I didn't live a lot of lies. But I lived one big one.”
In 2009, documentarian Alex Gibney was assigned to cover Lance Armstrong's comeback bid at the Tour de France following a four year hiatus from the famed cyclist's seventh victory at what is largely considered the world's most challenging sporting event. When a doping scandal rocked the sport shortly thereafter, the documentary was shelved and when it was revealed that one of America's most beloved heroes had built his success on a bed of lies, Gibney restructured the film to reflect this discouraging light shed on the story. The Armstrong Lie features tremendous footage and access to Armstrong, both then and now, in addition to many of those close to the heart of the story, but does grow tiresome hearing that one big lie being spun over and over again through stock footage. However, it is strangely compelling daresay refreshing to see a humbled, present day Armstrong answer questions on camera without the usual blubbering that is par for the course in similar situations and to hear him say, point blank, that he cheated, hurt people, and didn't see anything wrong with it at the time.