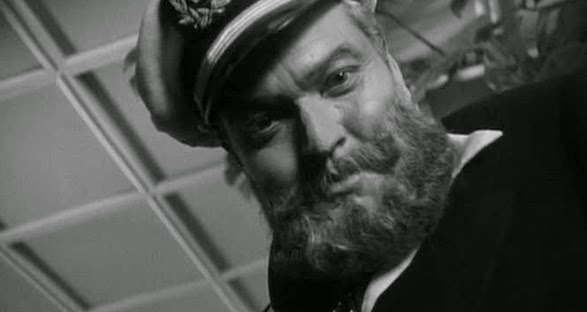 The words of a dying man lead a shifty American (Robert Arden) to a peculiar European millionaire (Orson Welles) who hires him to investigate his hazy past. Like many of Welles' films, Mr. Arkadin (also know as Confidential Report) was assembled into several different versions. I elected to watch the comprehensive edition on a recent Criterion treatment, the distributor's suggested version and, despite some bad dubbing and rugged cutting, the best as far as I could tell. Arkadin also bears similarity in plotting, in large ways and small, to its auteur's other films: a flashback structure with the protagonist learning the truth about a secretive billionaire (Citizen Kane), a postwar European set black market story (The Third Man), and even the late appearance of assured Katina Paxinou reminded me of Marlene Dietrich's cameo in Touch of Evil. However, despite the similarities to these classics, Mr. Arkadin isn't plotted nearly as well and Arden is dreadful in the lead, but the film features some fine camerawork and Welles is a lot of fun in the title role.
** 1/2 out of ****