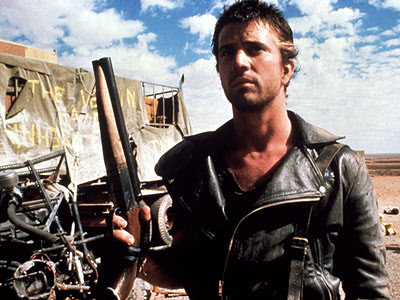 Following the death of his family and his barbaric turn, Max (Mel Gibson) wanders the bleak, even more desolate Outback. With petroleum being the most valuable commodity, he plots to steal a tanker from a colony he visits but instead decides to join them in their struggle against a plundering gang of baddies. "Mad Max 2: The Road Warrior" is not as great as the original  (which is a minority opinion) not so much because its incredibly dumb plot, but more so because the viewer isn't emotionally invested in Max's plight. That being said, its silly plot is really an excuse for some outlandish stunt work and the film contains some knockout, nail biting sequences, particularly the finale which I'm still puzzled why I haven't seen it appear on any lists of great all-time chase scenes.
*** out of ****