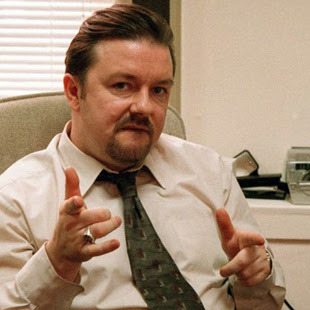 In 2001 Ricky Gervais and collaborator Stephen Merchant introduced the world to their brand of comedy in the form of a mockumentary focusing on a group of employees at the paper company Wernham Hogg in Slough, England which is facing downsizing. Starring Gervais as regional manager David Brent, he is a man who is more concerned with his own popularity and comic stylings then with the performance of the branch. We also meet salesman Tim who longs for receptionist Dawn who is already taken by one of the warehouse workers. Then there is Gareth, the rigid paper salesman who is obsessed with the military and follows procedures to a T. The Office is an uproarious series, thanks mostly to Gervais' comic sensibilities. The romance story between Tim and Dawn is handled wonderfully. Running for two seasons and with a feature length special, this is the kind of quality in television rarely found, and not even scarcely seen in the American export which doesn't even begin to measure up to the riotous original.