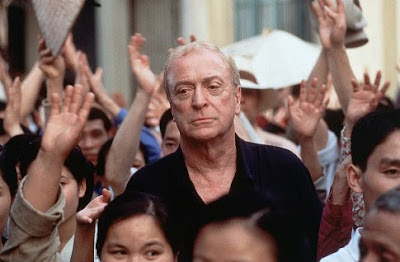 The title character is being identified in a morgue by an older British journalist living in 1952 Saigon as the film opens up. The man claims to be his friend and then goes on to tell the story of how he and the departed met and feuded over the same woman during the time in which the Vietnamese were fighting for their Independence from the French. As the journalist, Michael Caine turns in one of his greatest performances and Brendan Fraser gives a surprisingly good performance as well as his quiet American friend who turns out to be more than he seems. The film tends to drag in the second half but is buoyed throughout by the fine acting.
***