Let Him Have It 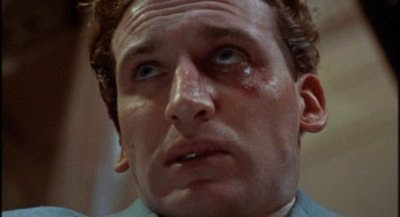 Let Him Have It is a British film from 1991 that inhabits its time and place, 1952 London, with great period detail as it details one of the great miscarriages of justice the country has known. This is the story of Derek Bentley (wonderfully portrayed by Christopher Eccleston) a 19-year-old who is only 11 mentally. Though Derek tries to do his best and keep his nose clean, he falls in with a group of juvenile delinquents. After one of the members of the group is arrested and sentenced, he finds himself in a bad situation with that boy's brother, and soon the two are both on trial for the murder of a policemen (the title refers to testimony from his trial). This is a message movie, though the message is kept subtle (at least until the near-end). In addition to being a heartbreaking and intriguing story and well-acted, Let Him Have It also functions as a wonderful period piece.
***1/2