Bears of the Last Frontier 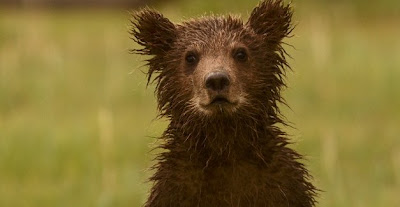 For "Bears of the Last Frontier", a program for the PBS "Nature" series, naturalist and bear expert Chris Morgan embarks on a 3,000 mile journey to study the magnificent creatures. Beginning in a southern Alaskan coastal area densely populated with brown and black bears, Morgan then moves on to see bears foraging in Anchorage, and then further on to the northernmost point of the continent to observe polar bears. I found Morgan to be an engaging guide through Alaska bear country and his camera gathers some spectacular footage as well.
Here is a very brief breakdown of each of the three episodes in the series:
City of Bears
-Morgan travels to a bear community on the Alaskan coastal peninsula and documents them as they come out of hibernation, search for food, and mate, and we begin to follow a mother bear and her two cubs
-The bears try to take advantage of the narrow window for the salmon run
The Road North
-Morgan travels north to Anchorage and documents the bear presence and problems in the urban center
-He then proceeds further north to study the bears among the vast wildlife of Denali National Park
-He continues onward north on the Dalton Highway to polar bear country in the tundra
Arctic Wanderers
-Morgan travels to the northernmost point of the continent to study the polar bear
-The arctic freeze over and the northern lights are captured
-The ways of local Eskimos are charted
-Morgan travels back south to see the salmon run before his journey ends