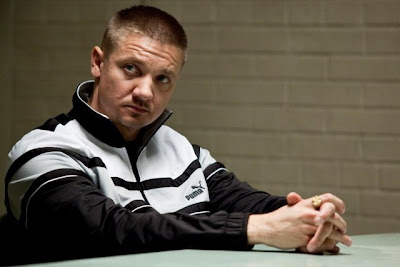 In a career of ups and downs, Ben Affleck has experienced his greatest successes in films set in Boston, the city where he hails from. Going into The Town I was expecting to be disappointed as it could have gone wrong in so many ways or been a clone of other like flicks. I walked out of the theater thinking it to be one of the best films of the year. Starring and directing from a script he adapted, Affleck has crafted a film about a group of bank robbers that gets so many things right: from the exciting heist sequences to the authentic characters to greatly capturing the city, The Town is no less than a marvel. Affleck shines in the lead role with Jeremy Renner, as his boyhood friend and hotheaded accomplice, shining in a supporting role. Renner brings a sadness to his psychotic character as he plays a man who knows he is trapped in a life of crime and poverty, and sees violence as his only option. Chris Cooper also has a brief yet powerful role as Affleck’s father, also a bank robber who delivers a hard hitting speech to his son during a visit. Also worth mentioning, maybe most importantly, is the success of the romance in the story. Movies of this nature always have a romantic subplot, which you often wish had been left on the cutting room floor. Here, in a situation that could have been contrived and false, we are given a romance between Affleck and Rebecca Miller which is handled with tenderness and comes off a genuine. The Town is an achievement and a reason to forgive Affleck for some his past cinematic transgressions.
***1/2