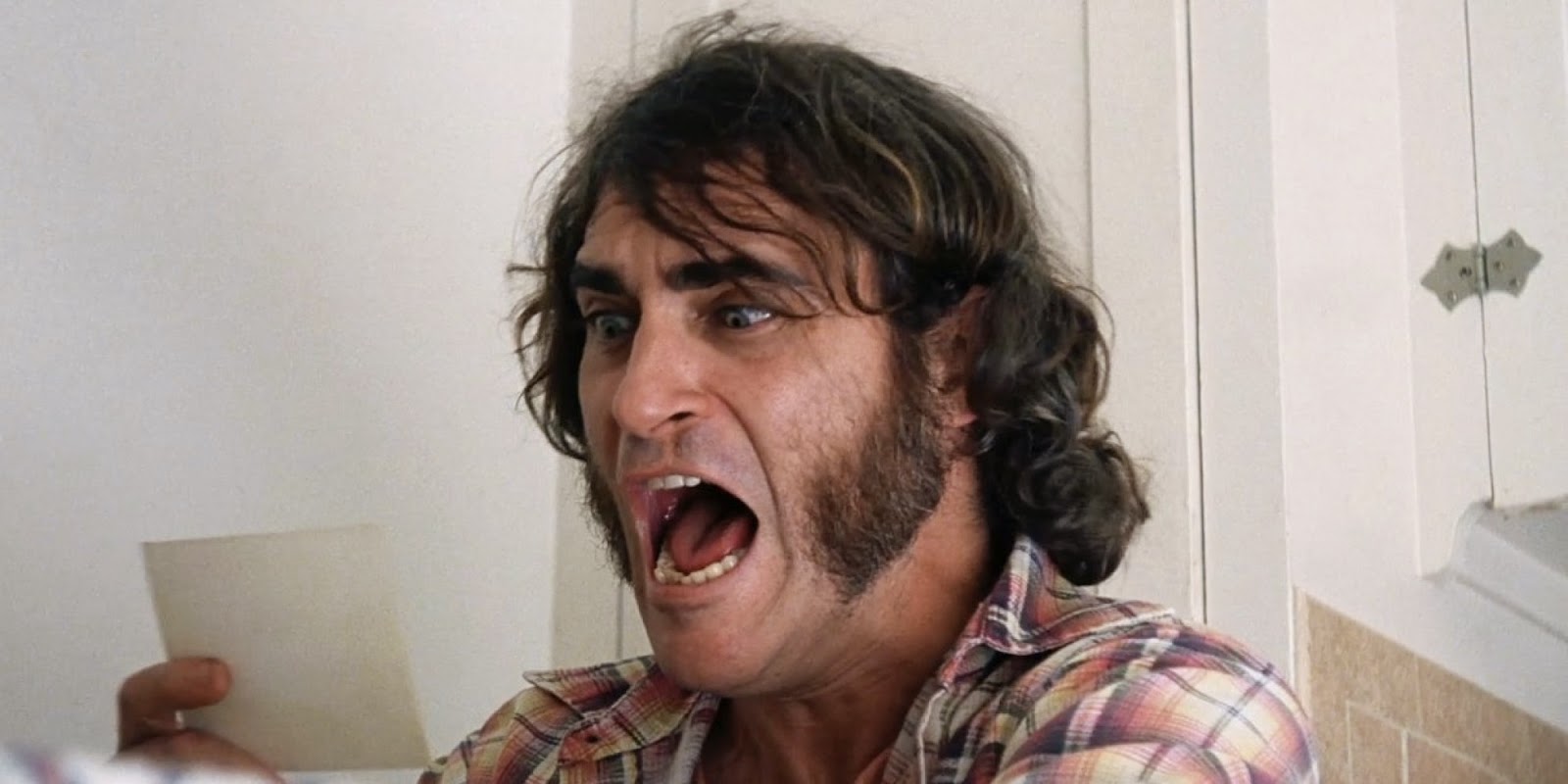 On the beaches of Los Angelas in the 1970s, part-time detective and full-time doper Doc Sportello (Joaquin Phoenix) receives a call from his ex (Katherine Waterston) who asks him to look into the dealings of her current tycoon boyfriend. When she goes missing shortly thereafter, Doc is hurled into a psychedelic labyrinthine underworld  featuring a kaleidoscope of layabouts, druggies, overzealous cops, menacing power players, and other L.A. types. With Inherent Vice, Paul Thomas Anderson takes a step back from the epic-scaled ambiguities of There Will Be Blood  and The Master with his no less lengthy and ambitious adaptation of Thomas Pynthon's recent novel, his first to reach the big screen, which again affirms Anderson's meticulous talents plus an affinity for comedy (and perhaps demonstrates why Pynchon's scattershot work has taken so long to be adapted theatrically). Vice is irreverent, bizarre, and often hilarious with a convoluted, drugged-out plot that plays like a mash-up of The Big Lebowski and The Long Goodbye. Phoenix demonstrates his versatility once again in a finely tuned, humorous turn and receives like support from Josh Brolin and Owen Wilson.
*** 1/2 out of ****