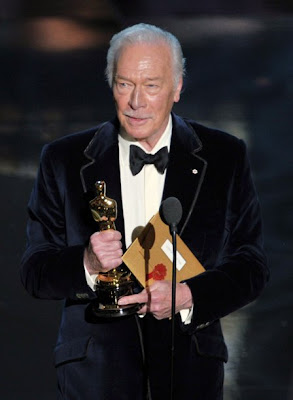 Tonight's Oscar telecast represented a return to form for the esteemed award show after last year's Hathaway/Franco debacle with Billy Crystal proving why he's a top emcee in a highly entertaining turn as host. In addition to Crystal's humorous opening skit and song-and-dance, the show also took some surprising chances which paid off nicely including a funny sketch by Christopher Guest and his gang and a breathtaking showcase by Cirque du Soleil. For a show which offered virtually no great surprises, the entire fare moved swiftly and was largely beguiling. Here are some notations of a few of my thoughts on the affair followed by my annual contest results which I unfortunately did not win again:

This year's Oscar contest was won by a Mr. Michael Johnson, with yours truly finishing a little ahead of midstream with 50% of the vote. Here are the results, out of 24 categories: